Kristian is the host of 50 Words Thursday

So its time for the latest 50 Word Thursday challenge.

And the words: “Vengeance and retribution require a long time; it is the rule.”
― Charles Dickens, A Tale of Two Cities

Jason wasn’t a patient man. He had read somewhere that Vengeance and retribution require a long time; it is the rule, but he wanted his vengeance now, as soon as possible.

Hiding behind the wall of one of the waterfront houses, he kept an eye on Pat’s movements. She was leaning lovingly on the arm of her boyfriend and was whispering something in his ear. His blood boiled. How dare she dump him and take up this Romeo, he thought. He could feel the bulge of his gun in his waistband. He will show them both who had the last laugh.

He silently withdrew his gun, checked that it was loaded, and aimed. He felt there was someone behind him and was poking him with a blunt object in his kidney area.

Jason hastily dropped the gun and turned around.

He was staring into the steely eyes of Pat’s boyfriend!

“Some days expand, Mona thought; their seams stretch and they hold more than a day’s worth of time.” – This Must Be The Place – Kate Racculia

The deserted beach reminded her of her life. Each day empty and stretching into eternity. Some days expand, Mona thought; their seams stretch and they hold more than a day’s worth of time.

She had enough of isolation, enough of waiting for Walt to make up his mind about their future. Now she wanted to take thinks into her own hands. She wasn’t a piece of driftwood like the dead tree on the beach. She was a living and feeling person.

She’d made up her mind. She was getting out of this island and marriage.

Garry was waiting for her!

And the Words: “I have to remind myself to breathe – almost to remind my heart to beat!” – Wuthering Heights by Emily Bronte

It is freezing. I’m shivering despite the fur coat I’m wearing. I feel like even my breath is frozen. I have to remind myself to breathe – almost to remind my heart to beat! I’m afraid that my nose would just fall off in this cold.

Everyone who knew of my plan to accompany my husband to this expedition to the North Pole had told me that it wasn’t a place for a woman, but I wanted to see it for myself so badly. But what a view it is. I wouldn’t miss it for the world. I’m glad I came.

“Something was going on in the borough, something sinister, and he could smell it.”  The Brentford Triangle – Robert Rankin

Jackson stood on the river bank overlooking the ferry route. Something was going on in the borough, something sinister, and he could smell it. Rover gave a short bark as if he was agreeing with him.

There! Now he could spot what was wrong with what he was looking at. There were no birds anywhere. No waterfowl or any birds anywhere. What was going on? He had heard that animals and birds sensed danger way before humans had an inkling.

He took his cell out and made a call to his second in command, “Jason keep an eye on that group you are shadowing. I feel they have something planned for tonight”.

He was glad of this haunch when they arrested the gang of terrorists that evening who were planning to blow up the town center at midnight.

He had learned to use all his senses in this job, thankfully.

Kristian is the host of 50 Words Thursday

And the Words: “She had looked on so many unlovely places in her life, poor child; but this was as lovely as anything she had ever dreamed.” – Anne of Green Gables by Lucy Maud Montgomery

May took a deep breath and exhaled. This was unbelievable. She had looked on so many unlovely places in her life, poor child; but this was as lovely as anything she had ever dreamed!

Was she awake or dreaming, she pinched herself to make sure. All this was hers, gifted by her grandfather in his will. After the humble and deprived life, she had lived this was like stepping into another world.

Tomorrow she would think of ways to put her inheritance to good use; today she would just let herself enjoy this slice of paradise that was only hers.

“She had little doubt that she was about to suffer the same fate as Elizabeth.” – Midnight Pleasures With A Scoundrel – Lorraine Heath

As Meg looked out the window at the calmly flowing river and the rural landscape, her thoughts were in turmoil. She had little doubt that she was about to suffer the same fate as Elizabeth. How to avoid it? Her mind went back to the family drama in the morning. With her grandmother passing, the power struggle for the control of the company was the highlight of today’s gathering. All those who wanted to own more shares of the family-owned company were acting in a soulless manner. The legal team was trying to sort things amicably but were making little progress. There was no joy in inheriting such a mess, she thought, reaching her decision.

She opened the door to the study where another heated argument was in progress. “I have decided to decline the inheritance. I don’t want to end like grandma Elizabeth, I owe her that!”

I have also included the words from Wordle # 481 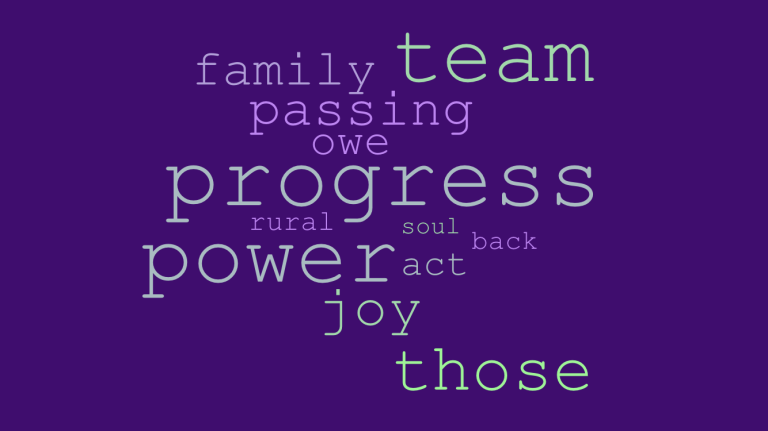 “… after that, he had to make his way all down the parade to the West Pier” – Brighton Rock, Graham Greene.

He sat on the ledge and saw the humans milling around in dozens. Some were in the water while others were enjoying themselves on the beach. To his wise eyes, this all looked foolish. Why were they willing to take the risk of falling sick and dying just because they craved fun?

He briefed his team that after his observations, saying that there was no hope for these people. After that, he had to make his way all down the parade to the West Pier, where they were waiting to pick him up. If people saw him walking down that sandy beach, they dismissed him as just another pigeon looking for something to eat. Little did they know that in the guise of harmless birds, he and his team were planning to invade this planet and rid it of these stupid humans. Who weren’t fit to live here at all.

“The words couldn’t have been delivered with more force if they’d been accompanied by a swift kick to this gut.” ― Lorraine Heath, Surrender to the Devil

“You’ve let this property go to seed,” Albert said with great contempt. His words couldn’t have been delivered with more force if they’d been accompanied by a swift kick to this gut as Matt prided himself on his careful estate management.

The sprawling villa by the beach was his cover as a wealthy businessman. The truth was that it was just a front for his drug trafficking and he needed to maintain the facade to avoid suspension.

He promised Albert to get the necessary repairs done to the fencing and the property. He didn’t want to run afoul of his partner, for Albert may look like a genial uncle but was in actuality a ruthless man. As they both walked back to the house, Smith came in with the drinks tray. He poured them both his special cocktails and left.

“I like this man of yours Matt,” Albert said. “Where did you find him?”

“A friend recommended him, why?”

I was thinking of offering him a job”, said Albert.

“You won’t need to! You’re both under arrest for drug trafficking. We were waiting for him to show up. Now we have you both” said Smith as he handcuffed them both.

And here is the phrase to include: ‘Although it was a simple thing to be doing, something strange was happening.’

Mary sat on the chair in the bistro and waited for John to show up. They had decided to meet here and have an earnest discussion about where their lives were headed. Although it was a simple thing to be doing, something strange was happening. They had been married for five years now but lately, things were just not working for them. John had been distracted and secretive. She feared that he was having an affair. She had her own insecurities to deal with as well. She had witnessed her parents’ marriage breaking up when she was a teenager and had no great faith that hers would end up any differently.

Just then John came into the bistro and sat next to her. She thought she would say it first.

“Are you having an affair?”

Both blurted out simultaneously.

John looked at her unbelievingly, “you think I would betray you?”

“But you thought the same”, Mary said.

It was time to sort things out and be open about their fears and apprehensions. As night fell they both rose from there and walked out hand in hand. Misunderstandings created by lack of communication were easily dealt with if they only talked.

Deb is the host this week for 50 Words Thursday.

So, I wanted to give you a prompt for this week with an obvious theme but the real challenge is to twist this to fit your purpose.

“I had to fight an urge to back away.” – The Somnambulist and the Psychic Thief – Lisa Tuttle

Just on a side note a Somnambulist is a sleep walker – perhaps that will give a little bit more inspiration.

The emergence of the figure was sudden. I had to fight an urge to back away. It looked so alien and unnatural. The river bank was deserted with only me witnessing this strange phenomenon. I grabbed my phone clicked a few pictures quickly and turned to leave, but I wasn’t quick enough. It extended a thin boney arm and took hold of my arm in a surprisingly strong grip. In a matter of seconds, it was standing next to me, it’s beady eyes fixed on my phone. I felt compelled to delete all pictures.

When I came to, it had disappeared.