The image below is from Davidoasa at Pixabay.com.

(For the visually challenged writer, the photo shows an interior corner with light shining through columns)

He just stood at the corner stunned. Was this it?

Was this the sign he was asking for, waiting for?

Unable to believe his eyes, he turned towards his companion, “are you seeing this Walter?”

“This holy light coming through the columns,” Jeremy said excitedly.

“Sorry to disillusion you but this is not “holy” light. The church had installed modern lights because this part of the corridor was too dark. But don’t feel bad my friend, many people have mistaken it for a sign from above as well!”

The image below is from Pixabay at Pexels.

(For the visually challenged writer, the image is of a lantern overlooking bushes and field in the background)

Sophie took a tentative step into the dark garden when she spotted a source of light. As she approached the tree near the border, she saw the lantern hanging from it.

She could see where she needed to go and was grateful for this unexpected help. Hurriedly she went on her way reaching the gate which led to the road. Michael was waiting there with the coach. She climbed in to be greeted with a shock.

Her father was sitting there with Michael. Before she could say anything, her father spoke.

“You thought that you could elope with him and I wouldn’t know about it?”

“If you are so set on marrying this nobody, I won’t stand in your way, but I won’t allow an elopement. You’ll marry him here, in the presence of your family”

Sophie smiled and hugged her father. “I knew that you would come around papa!”

“But the thing is I don’t want to marry Michael, we were just going to the masked ball to have some fun. You are too strict with me and I had to sneak out in the night”

(Inspired by my love of Victorian fiction)

Nekneeraj is the host of Photo Challenge 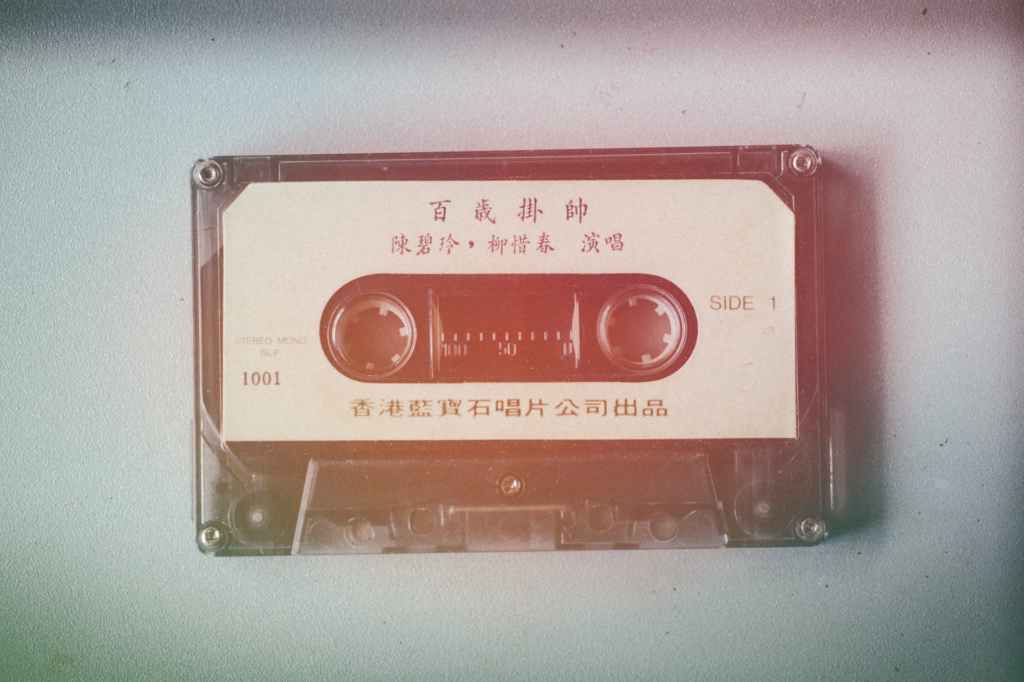 What a blundering fool agent X was. John saw the cassette in the envelope left at the secret drop zone and he was irked at seeing this outdated device. What was he supposed to do now! Get a cassette player from some antique dealer and play it to get the message?

The envelope in his had started to feel hot and before John could react or decipher the meaning of this new development, a loud bang was heard with a bright flash of light.

Only a deep charred hole remained where John was standing.

Agent X was a double agent, working for whoever paid the highest!

The image below is from Fandango at fivedotoh.com

(For the visually challenged writer, the image is of passengers in a dining car on a train)

So many people sitting together yet most were oblivious of the others around them. Their eyes avoiding each other, their smiles vacant and mind preoccupied.

Cathy looked around and wondered, did they know what was going to happen in a few moments?

She knew, and try as hard as she may, there was no way that she could avoid being on this train at this given time. She had gone back in time so many times to change her fate but she always ended up in this particular train on this day.

She knew there was going to be a horrific crash in the next few minutes, killing everyone present.

The image below is from darksouls1 at Pixabay.com. 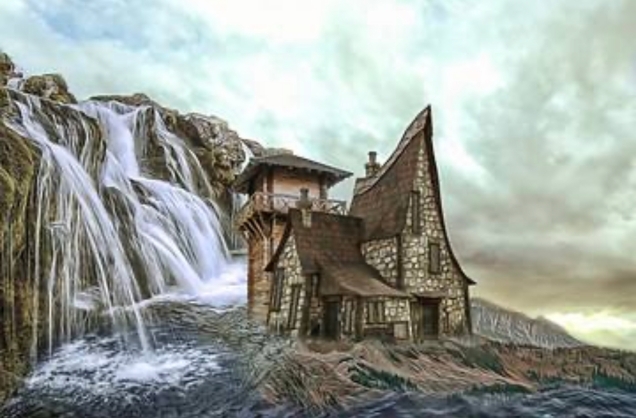 (For the visually challenged writer, the image is of a creepy-looking stone cottage immediately adjacent to waterfalls from rocky cliffs)

The odd house with odd occupants stood right next to the waterfall. Why, people said, why would anyone make a house in a waterway?

Nobody knew and nobody wanted to ask the very odd couple who lived in that house. They were not odd to look at. At a glance, they looked like ordinary folks, but quite small. But they sure behaved in a peculiar manner. They wouldn’t answer the front door, would never meet or mix with the local people, and never came to the village store to buy anything.

People often wondered where did they get their day to day grocery and other stuff. The mystery was solved that summer.

It rained so heavily that the water from the waterfall swept away the house and its occupants in a huge torrent. The house floated on a wave, much like a boat and people saw a lot of tiny creatures rowing away furiously to keep it afloat. They looked a lot like the Oompa Loompas!

Deb Whitman is the host of 50 Words Thursday this week.

I should never have accepted the delivery. But how was I supposed to know!

The first two months went quietly, but the third month, when the box arrived, was very tricky indeed. There was rattling sounds that the box emanated and it created a feeling of undue curiosity in anyone who saw it. The only thing that stopped people from opening it was the big, old fashioned lock on it.

The catastrophe occurred when Johnny found a way to force open the box….

The imps locked in all escaped to wreak havoc on all the people of that unfortunate town.

SONYA is the host of Three LINE Tales

The sign was very effective to keep any intruders away from the property.

Angela and Mathew thought that it was a brilliant solution to the problem of kids and poachers trying to explore the woods on their land.

What went on there at night wasn’t exactly dangerous, but it wouldn’t do for the folks to know what their resident witches were up to.

The image below is from Joshua Koblin at Unsplash.com.

(For the visually challenged writer, the photo is of storefront with its windows and doors covered over with newspapers)

The store was closed for renovations since last few weeks. It was rumored that a new high-end chain was going to open their outlet in this location. Much fanfare and publicity were expected as well.

But people weren’t seeing much activity recently at the location.

Sam worked in a cafe nearby and passed the store daily. As she was quite observant, she started to notice the newspapers covering the windows were not the same every day. It was changing daily. This was intriguing. She stepped closer to read one in the front window. The date was of the next day. The news it was reporting was about an accident that killed a man while he was crossing the road. She thought the date was a misprint. But the next day, the reported accident happened in front of her and an old man died when hit by a vehicle at high speed.

She couldn’t wrap her head around the whole thing. She told a friend about it. And next day both of them were at the storefront, reading the news from the papers stuck to the glass. The date was a week from then. The news, tells of a massive earthquake that had killed thousands in Japan.

Sam was sure no one would believe her if she told them what she thought.

She was in a quandary!

Teresa is the host of Page and Line Challenge

For this challenge, grab the book you’re reading or a random book off your shelf and turn to page 264 (or location if you’re using an ebook). Scroll down to line 8 and write a story using that line somewhere in it. Be sure to share the original line along with the book and author. Have fun!

Book: The Victorian and the romantic

This book only had 261 pages and I didn’t want to go to the last page as I still am reading it. So I have picked up line 8 on page 26;

“Right before the end, where the street opens out…..”

Marty was very bad at directions. It was a wonder that he got anywhere on time. He would get lost a dozen times a day. And unfortunately, he had chosen to be a delivery guy for the local pizza shop. There was a shortage of people willing to work for such low wages, so the owner of the store kept him on. Though it was a daily ritual when he would drum the instruction into Marty’s head on how to reach a specific place.

Today was no different. He said, …..right before the end, where the street opens out, there is a side street and you have to deliver the pizza to number 13 there. Please get it there before it gets cold”

Marty got on his bike and paddled fast, repeating the instructions in his mind. As luck would have it he got the right house on the first try. But as bad luck was waiting in the wings, number 13 proved to be deadly for him. No one heard from Marty again!

Deb Whitman is the host of 50 Words Thursday this week.

“To be at liberty and out in the London streets was like being out of prison”.

Joan Smith had been saving and planning for a visit to the old country. Her parents were from England and visiting London was her life long ambition. She worked as a librarian in a high school in Nairobi, the capital of Kenya. It was where her parents had settled way back in early twentieth century. She was raised there and later married a nice local man, Jacob Smith. They were happy, but after her husband’s death, she longed to go and see England.

Finally she was there. She flew to London on a fine Sunday. To be at liberty to roam about and out in the London streets was like being out of prison. It was all that she had imagined and much more.

It was karma that, she met Peter in the pub her first night.It was love at first sight! The decision to visit London changed her life!