Another of Rory’s game; 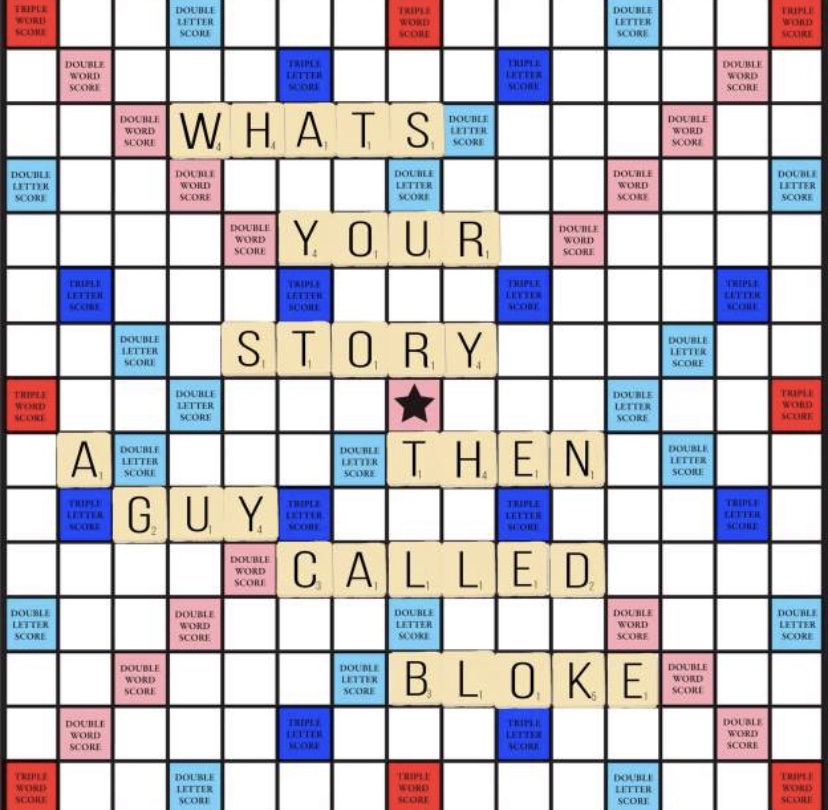 Word Story – What’s Your Story Then? Created by A Guy Called Bloke

Word Story is simplicity itself … with a twist!

All you need to do is write a piece of flash fiction of no more than 300 words on the Prompt of the Day  using words you create from the Word of the Day!

Word of the Day;

Prompt of the Day:

The droning voice kept on talking. Tess wasn’t even sure what the conversation was about anymore. It started with the weather, as usual, rain sun and snow. Moving on to sports, races, and football.

Then a younger guest started to rave about the latest pop star. The tone of his voice rose with each word of praise. He could have written verses in that guy’s praise. After ten minutes of this, she had enough. She got up from the couch and started to pick up the used glasses. The tray was heavy, felt like it weighed a ton. She excused herself to get away from this inane monologue but that young man followed her into the kitchen, intent to give her the life story of his favorite pop star. She had to control her impulse to throw a stone at him to make him stop. This was not her version of fun. In case that wasn’t clear, she stepped out of the back door and stood in the garden to give her ears some rest. What a con it was by her aunt, asking her to help with a small party and then just leaving her to the mercy to these non-stop chatters!