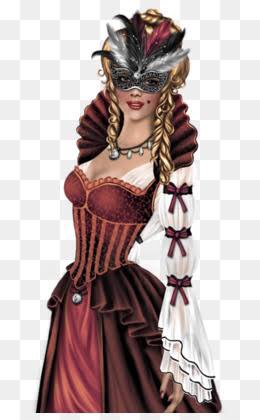 Eliza was going to her very first masked ball. Her Aunt was going as her chaperone as their party consisted of mainly young people and in these days of the reign of Queen Victoria, young people were not allowed to go to the balls and parties by themselves.

The day of the ball was a warm and balmy. The were ready to leave by six in the evening. Eliza’s dress was a wonderful white gown, embroidered all over with silver spangled flowers. And over it she wore a velvet lined red cape. Her domino mask was a fantastic creation, with colorful features and made her look amazing. Their carriage was carrying her, her Aunt and two of her friends to the ball.

In the dusk of the approaching evening the carriage was suddenly stopped with a bone jarring jerk. All the occupants of the carriage were alarmed by the commotion outside. Eliza’s Aunt, Mrs MacIntire very cautiously looked outside from the window and saw two masked men holding up the carriage with pistols. She uttered a shriek and fainted right away. These Victorian ladies usually had very delicate sensibilities and often were frightened to death at the least sign of danger. The girls, including Eliza were made of sterner stuff, and decided to step out of the carriage to face the highway men.

One of the men came forward and asked her to hand over all her jewelry and that of the other ladies in the carriage to him. Eliza was not very impressed by the demeanor of the highway man and challenged him to do his worst as they would not be cowed down by the likes of him. This bold stand brought the whole situation to an awkward standstill. The highway men weren’t expecting defiance from four un-armed ladies. And though they carried guns, they had no intention of killing or even wounding anyone. Elisa felt that now she was in a better position and drove home her advantage.” We are willing to keep quiet about this hold up if you will let us go un-harmed” she told him. The poor guy had no other option to do as was asked and allowed the coachman to continue on their journey.

Mrs MacIntire had revived by this time and was staring in amazement at her young niece. Though she was grateful to Eliza for handling the situation so well, but also admonished her for putting her life in danger.