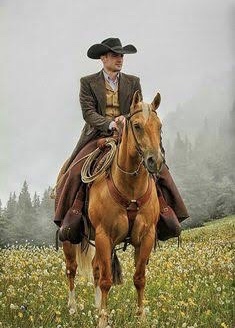 He was so thirsty and wanted a drink of water so badly, but his canteen was empty. A while back he had shaken out the last drops of water from it. If only he could find a water source nearby. Bill had been on his horse since morning. They were five when they started out in pursuit of the horse thieves. But due to the vastest of the land they were searching, they had decided to split in two groups. He was with Jason, but Jason’s house went lame and he decided to walk it back to their town.

And now he was on his alone. There was no sign of the thieves they were tracking and to top it all he was out of water too! He started to concentrate hard on his knowledge of the territory. And than he remembered that there was a watering hole a few miles to his north. Sometimes travelers stopped there and he might find some clue of the miscreants too. He headed in that direction, the thought of finding water made this part of the journey tolerable. He soon got there and was greeted by the sight of some gypsies camped there. But when he tried talking to them they showed blank faces, as if his language was alien to them. He tried sign language and at least was able to get some food . He sat near their fire and ate with relish the unusual food the gypsies had prepared. He soon felt sleepy and made his bed near the campfire and went to sleep.

When he woke up in the morning, the gypsies were gone. In fact there was no sign of the camp they had made. No sign that there was a fire there. He was perplexed and got up to investigate. Thank God, his horse was still tied to the tree. And then he saw it. There was an arrow painted on a piece of wood, stuck in the ground. It was pointing towards west and on a whim he decided to go that way. After traveling a little while he came upon a group of people, and the stolen horses. The men were tied hand and feet and their mouths were gagged. Bill couldn’t understand anything they were saying. Something about some strange creatures overpowering them and tying them up. Leaving them helpless. Some of them were saying that those were pixies who had captured them!

Written in response to;